Indian landscapes are diversified in various ways, from the snow-dusted peaks of the Himalayas to the sun-kissed beaches of the tropical south. Amongst all these natural treasures is a wealth of architectural gems: from serene temples rising out of pancake-flat plains to crumbling forts peering over plunging ravines. The formidable city parades heralding auspicious religious events to simple village harvest fairs making India unrivalled.

Delhi is a city built upon cities. There are at least eight historical cities each constructed on the ruins of its predecessor, leaving a modern-day citadel dotted with ancient monuments. The ruined forts of Tughlaqabad, Siri, Purana Qila and Shahjahanabad also leaves one mesmerized. Although Delhi has served as the capital for various empires, it has undergone multiple reformations, particularly during the medieval period. Modern Delhi comprises of several cities, and it is divided into two namely, Old Delhi and New Delhi. 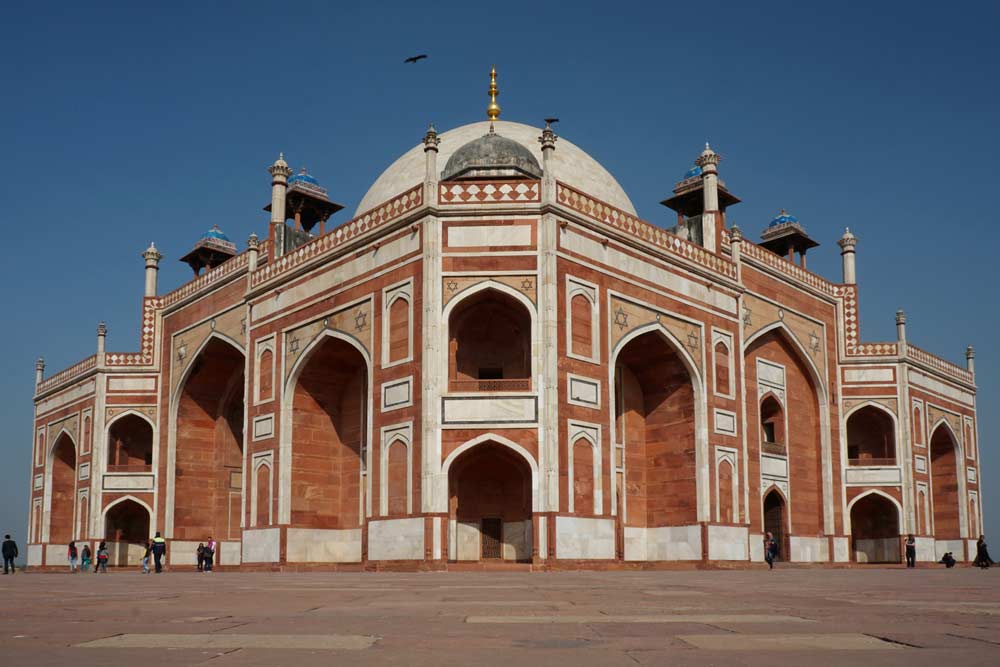 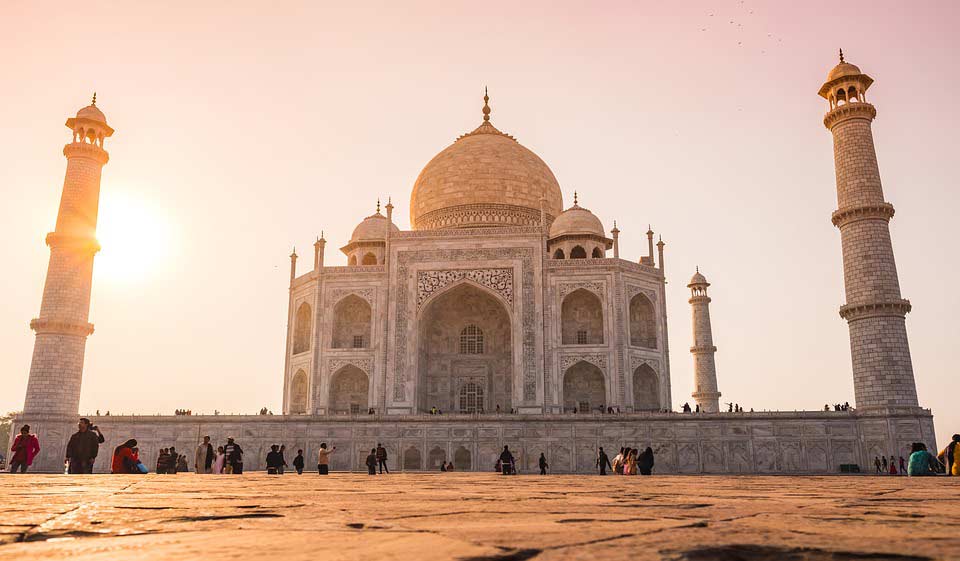 Shah Jahan built the Taj Mahal in memory of his third wife, Mumtaz Mahal. Although the construction of the Taj began in 1631, it took almost eight long years for completing the main building. Moreover, the whole complex was not completed until 1653. This project was completed with the support of an estimated number of 20,000 people from India and Central Asia. Specialists were brought in from across the globe to produce the exquisite marble screens and pietra dura (marble inlay work) made with thousands of semi precious stones. The Taj Mahal was designated as a UNESCO World Heritage Site in 1983.

Jaipur, best known as Pink City, is named after the founder Maharaja Jai Singh II who ruled from Amber Fort and took over Mewar (Udaipur) and Marwar (Jodhpur) kingdoms. The City Palace continues to serve as the royal family residence surrounded by the Jantar Mantar, the Royal Observatory, and the Hawa Mahal. It is known for the best architectural structures and heritage sights in the country. 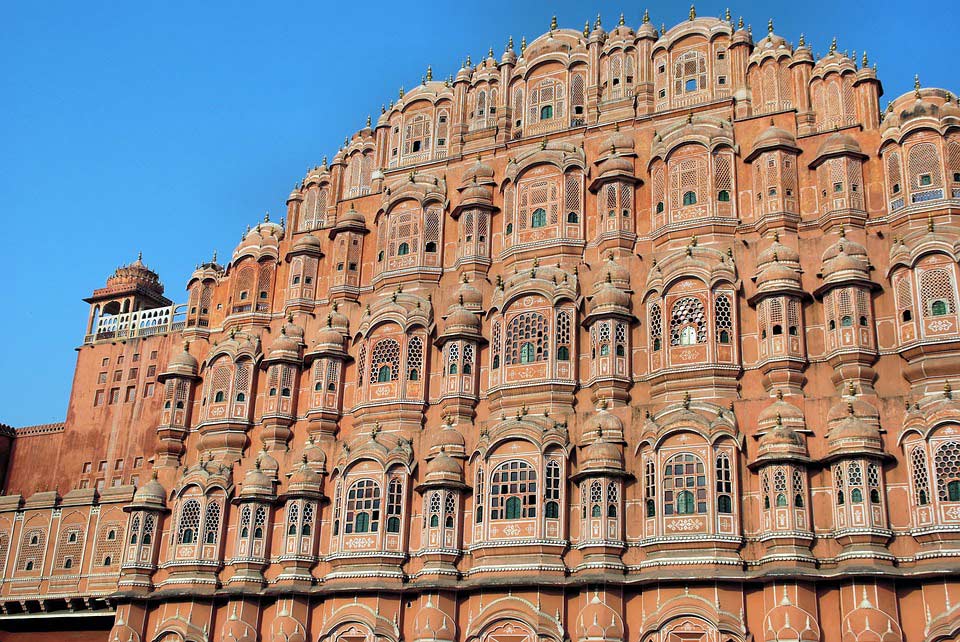 The magical allure of the Taj Mahal still resembles the beautiful architecture of the Mughal Empire. The Mughal legacy has left magnificent forts with fascinating tombs and mausoleums. Agra straddles a large bend along the holy Yamuna River. The fort and the Taj, 2 km apart, both overlook the river on different parts of the bend. Agra was known as Akbarabad during the Mughal regime. Their love for architecture, gardens, art and culture gave a new dimension to Agra’s heritage.

Amber Fort houses a beautiful complex of palaces, halls, pavilions, gardens and temples built over a period of two centuries. Built in 1592 by Man Singh, Amber is the classic romantic Rajasthan fort palace. The Maota Lake spread across unveils breathtaking reflections of the striking Amber Fort Palace. Man-Singh I under the rule of Kachhwa Has built it in style to rival the Mughal splendour.

The Qutab Minar that gives the complex its name is an unmissable, soaring Afghan-style victory tower and minaret, erected by sultan Qutub-ud-din in 1193 to proclaim his supremacy over the Hindu rulers. The intricately carved sandstone bands bearing verses from the Quran, the tower stands nearly 73m high and tapers from a 15m-diameter base to a mere 2.5m at the top. 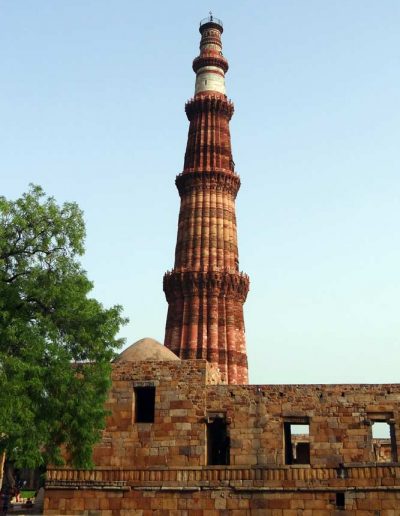 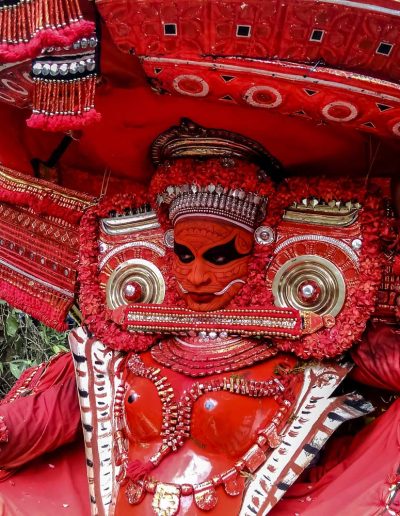 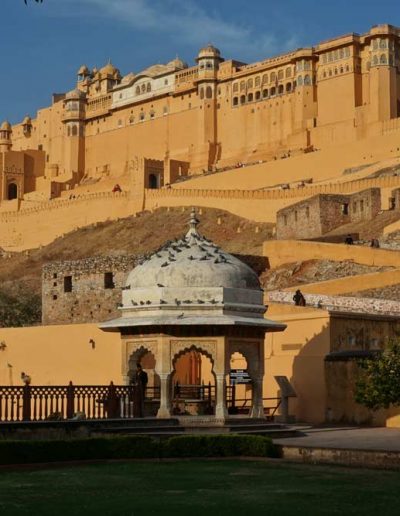 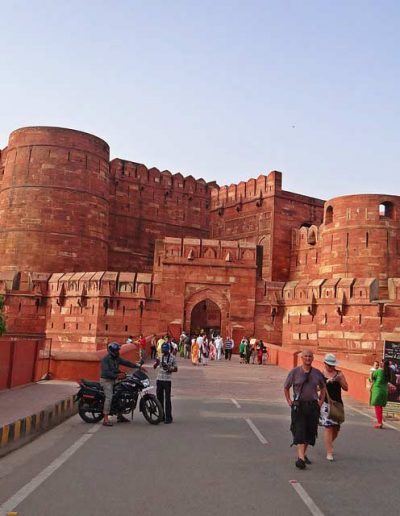 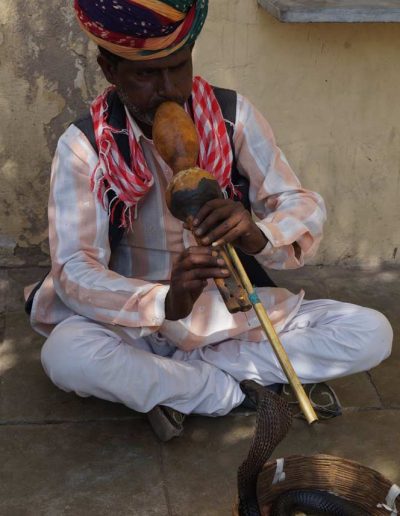